With such an abundance of things to do in London this summer, it can be hard to choose what to do when visiting with the family. Luckily, we have compiled our top five family events taking place in the capital this season for you to gain a little bit of inspiration!

We all love an outdoor cinema during the summer months, but we rarely talk about outdoor theatres. Enjoy some light-hearted family entertainment at Regent’s Park Open Air Theatre, and watch a live performance of 101 Dalmatians showing across July and August, with Cruella de Vil played by Tony Award-winning actress, Kate Fleetwood. Embrace the outdoors, but don’t forget to be weather prepared, sun cream (or raincoats!) at the ready.

This show is participating in Kids Week, an annual promotion that takes place across the whole of August. Children aged 17 and under can attend any participating West End show for free with a full-paying adult. Other Participating shows include Jersey Boys, Frozen, Grease The Musical, Mamma Mia! and more! 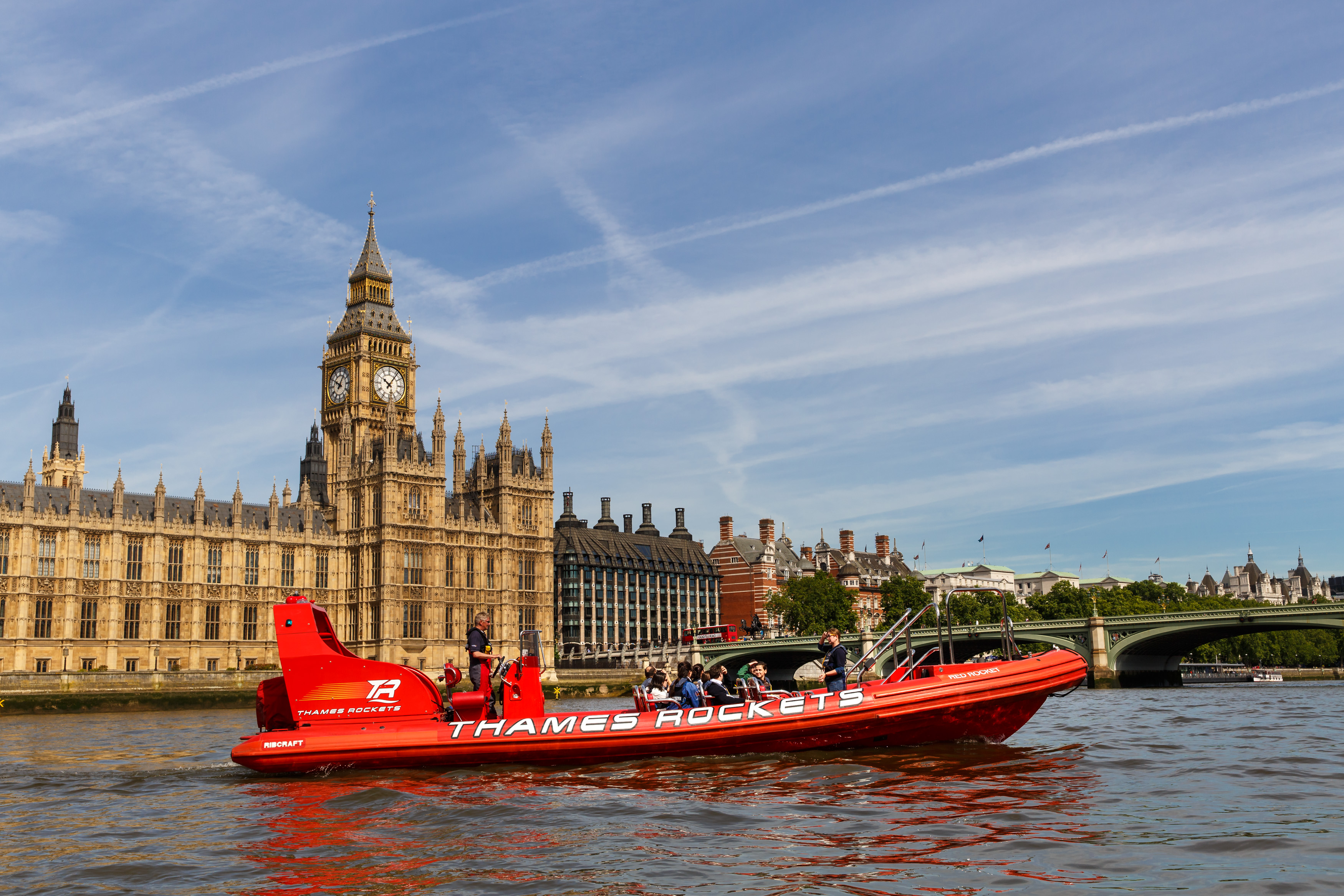 If you’re looking for an activity for the older kids, why not try London’s number one outdoor activity? With child-friendly experiences, Thames Rockets offers speedboat rides on the River Thames, winning several awards including VisitEngland’s best UK family attraction. This unique activity has all the sightseeing included, where you’ll be speeding down the river at speeds of up to 30 knots. Hop on the boat at the London Eye and take an adventure!

Returning for the first time since 2019, River Stage festival brings theatre, dance, music, and family workshops to the South Bank. Taking place every Friday, Saturday and Sunday between the 15th July and 14th August, you can expect to see family theatre shows, DJs, dance performances, drag and so much more! National Theatre have partnered up with The Glory, HOME Manchester, Hackney Empire Young Producers, and Hofesh Shechter Company to bring vibrancy and energy to the South Bank.

Hop on the Victoria line and then take a short 5-minute walk, and you will find a little piece of the countryside in the middle of the city! Vauxhall City Farm is the most central city farms in London, and also one of the oldest. It is open Tuesday to Sunday, 10:30am until 4pm, and entry is entirely free (donations optional).

Meet the famous alpacas Tom, Ben, and Jerry, who starred in Star Wars: The Force Awakens as alien farm animals. You can also meet chicken, sheep, chinchillas, donkeys, goats, and so many more animals! You can feed the animals with food available at the farm, and when you get hungry you can pop into The Old Dairy Café or bring a picnic and relax in their Pleasure gardens.

Superbloom at the Tower of London (until September 18th) 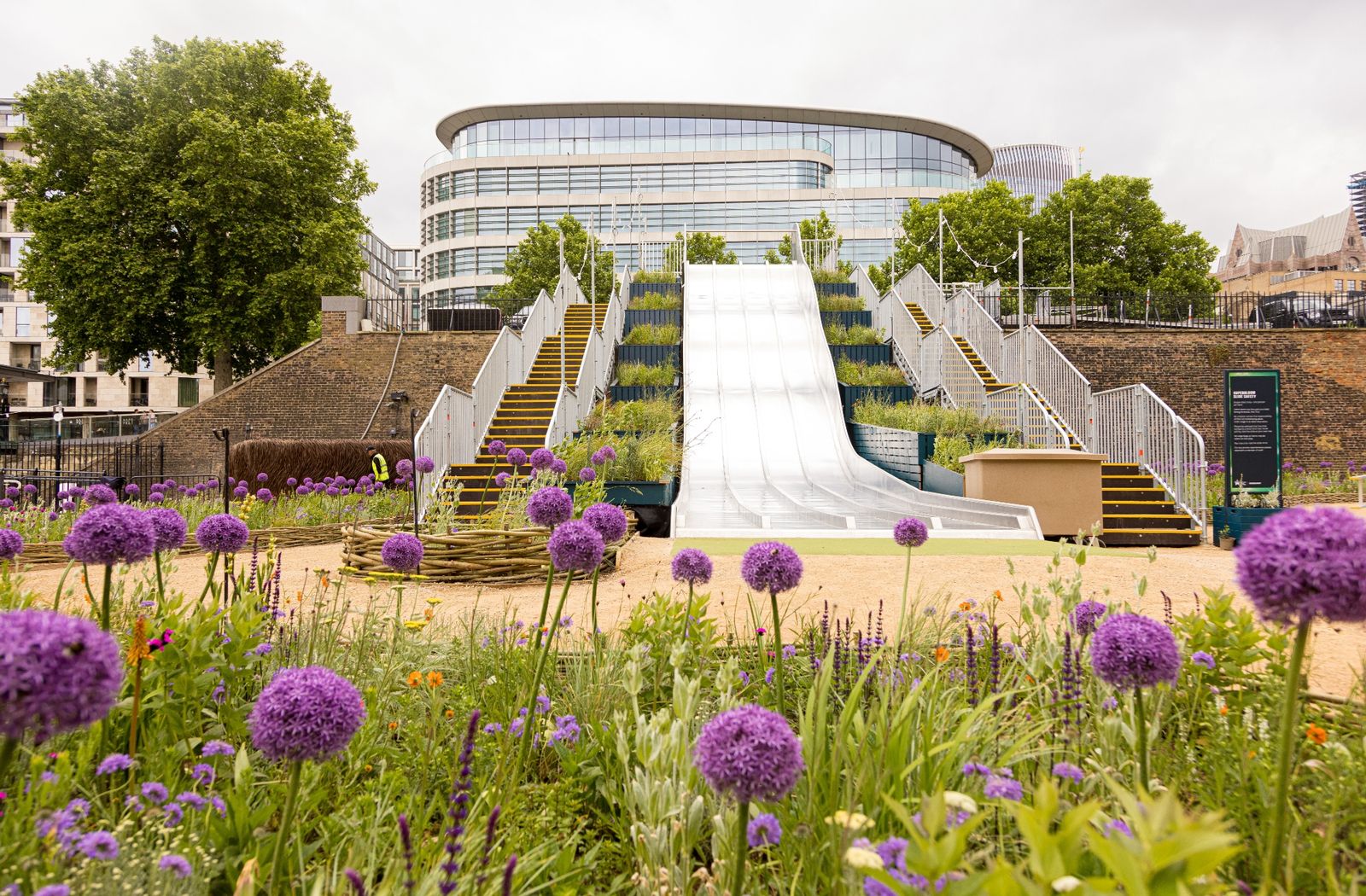 In honour of the Queen’s Platinum Jubilee this year, Superbloom is bringing nature to the heart of London. Over 20 million seeds have been sown into the moat of the Tower, designed to transform and flourish throughout the summer, creating a habitat for wildlife and an attraction for pollinators.

On arrival you can head down the stairs or slide down the four lane Superbloom slide! The attraction is ongoing throughout the summer and is free to view from the public viewing area, however tickets are available to walk along the winding pathways throughout the flowers. My Gender. My Pride Amsterdam 2022